Numerous hot new cars in 2020, but these are more worthy of attention

Source: China Automotive News Network | 2020-01-19 12:50:32
In the auto market that has experienced continuous declines in 2018 and 2019, competition in 2020 will inevitably become more intense, and major car companies will have a stronger desire to survive at this time. Today, many car companies have released heavy models that will be launched in 2020.

China Automotive News Network In the car market that has experienced continuous decline in 2018 and 2019, competition in 2020 will inevitably be more intense, and major car companies will have a stronger desire to survive at this time. Now many car companies have released heavy models that will be launched in 2020, hoping to attract consumers' attention through these new models, so as to ensure the increase in sales in 2020. Next, "Dahuihui" will take everyone to take stock of some hot new cars in 2020. 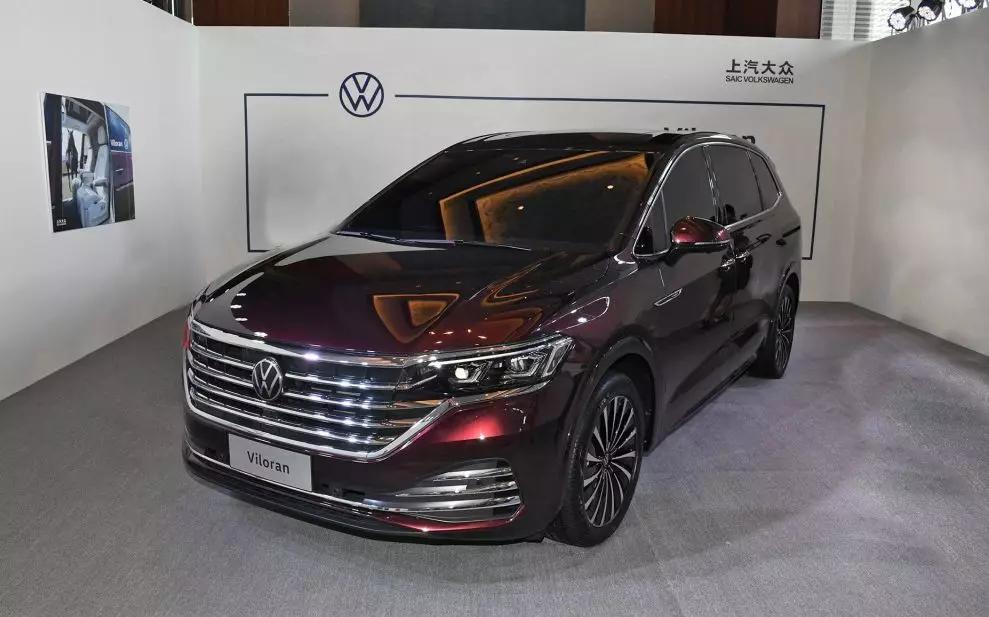 Viloran is a brand new model under the Volkswagen MQB platform. The front face with a lot of chrome decoration can be said to be full of air. The body is equipped with large wheels, side sliding doors, small tail fins, running taillights, and the letter logo under the Logo, which is full of sense of grade.

Viloran's body is 5346mm long, 1976mm wide, 1781mm high, and 3180mm wheelbase. This size is nothing short of the Buick GL8. In addition, it is equipped with a familiar Volkswagen 2.0T high and low power engine. For many consumers who choose mid- to high-end MPV models, first of all, Viloran's styling is suitable for IKEA and IKEA. At the same time, it has freed them from the control of GL8, Odyssey, and Elixir.

The Red Flag H9 is definitely a blockbuster model in 2020. As a Chinese luxury brand, the latest design language of the H9 makes people stand out, which can be said to be very amazing. The new car officially released its official map on January 8th, and the new car will be launched for the first time. It is expected to be officially launched soon. As the flagship of the Hongqi H series, the new exterior and interior design plus rich luxury configuration make the H9 a great improvement in product power. It is believed that the future will remain unabated.

Hongqi H9, as the new flagship sedan launched by Hongqi brand, will compete with Audi A6L, Mercedes-Benz E-Class and other models after listing. At present, there are not many models of Chinese brand models that can compete with joint venture brands or luxury brand flagship cars. As a brand with history and affection, Red Flag H9 launched at this time will definitely become a popular model in the auto market in 2020.

In 2019, both Mercedes-Benz and Audi launched new all-electric SUVs-EQC and e-tron. As a rival, BMW will also launch a new pure electric SUV in China-iX3. By 2020nian, BMW pure electric iX3 will be put into production at the Shenyang plant and sold to the global market.

The new car is based on the gasoline version of the X3, with obvious electrification elements in the exterior details. The front face adopts a closed kidney kidney grille, and the right rear fender is equipped with a charging socket. In terms of power, the new car is equipped with the fifth-generation BMW eDrive technology, with a maximum output of about 221kW, and a 75kWh battery pack can provide a 400km range.

In addition to the above, it is equipped with the same power system as the Link 03+. The 2.0T engine has a maximum power of 254 horsepower and a maximum torque of 350N · m. It is equipped with a zero-hundred acceleration on the Link 03 and runs into the 6-second mark. This performance is comparable to imported steel cannon cars. With a good reputation built by models such as Link 01, Link 02 and Link 03, Link 05 will also have a good market prospect.

Today, Honda has confirmed that the hatchback Civic will be introduced to the Chinese market in 2020, and it will form a dual-look model with the currently sold hatchback Civic. The larger rear window inclination creates the existing look of the hatchback, which is more dynamic than the sedan. In addition, the rear end of the car is blessed with sporty surroundings, which enhances the sporty atmosphere.

In terms of power, the 1.0T and 1.5T engines of the current model are expected to be used after the introduction into China, the transmission system will still match the CVT, and the manual transmission version will also be retained.

Jetta, after VS5 and VS3, will release a higher-end mid-size SUV VS7, which is still the main cost-effective. As far as the pricing of VS5 is concerned, the price of top-mounted models after VS7 should be around 150,000. In this regard, he will become a direct competitor with today's popular independent brand SUV.

Although Jetta has changed from a model to a brand, although the standard is changed, the Jetta VS7 is built on the Volkswagen MQB platform, which directly labels it. It is even more gratifying to buy a mid-size SUV of the Volkswagen brand at a price of more than 100,000, which is worth it when you think about it. VS7 is likely to become another dark horse in the SUV market after listing.

In 2020, Starway's flagship SUV, the Starway VX, will be officially launched. As a 7-seater mid-size SUV, he will compete directly with models such as Changan CS95 and Chuanqi GS8. The burly appearance is very powerful, approaching a length of 5 meters and a wheelbase of 2.9 meters to ensure sufficient space in the car. The pre-market models will be equipped with 1.6TGDI power, and 2.0TGDI power versions will be launched in the future.

Of course, the expectations of Starway VX should start from the sales volume. The two models launched by Starway in the early stage-TX / TXL and LX-currently have poor sales performance. Therefore, it is of great significance for the Starway brand whether the Starway VX SUV can achieve market success.

In addition, Starway VX integrates Chery's current main technology and one, plus the brand accumulation in 2019, this car is worth looking forward to in 2020.

Written at the end:

Now that we have entered 2020, the auto market is ushering in a new round of competition. Whether the trend of the auto market in the new year can be reversed depends not only on consumers and the market, but also on whether car companies can produce more sincere and high-quality products. Although the above models are not all the hot new cars in 2020, they all have their own characteristics, and the price after listing is closer to the purchasing budget of the mass consumers. Not as expensive as the Lexus LM.