After the epidemic, will the car market have a "ruthless role"?

China Automotive News Network After the outbreak of Wuhan, the economic pessimism was overwhelming, but we can still look at the market from another angle.

During the SARS period, from a macroeconomic perspective, GDP growth rates in the four quarters of 2003 were 11.1%, 9.1%, 10%, and 10%. The second quarter of the worst year to combat SARS was a 1.5 percentage point lower than the average growth rate of the previous two quarters. 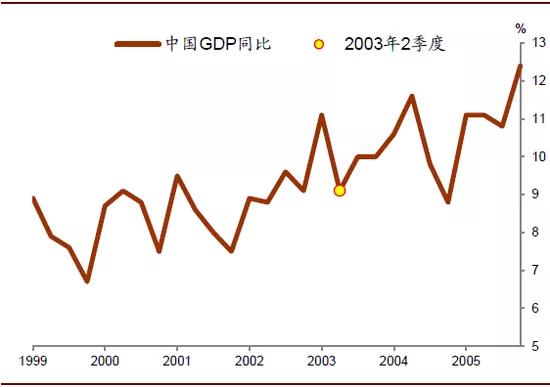 The situation is indeed not optimistic, but we can still look for a line of "red" from it.

The first industry to benefit from the SARS epidemic in 2003 was the insurance industry. At the end of 2003, the total assets of Chinese insurance companies reached 912.284 billion yuan, an increase of 262.877 billion yuan and an increase of 41.45% over the beginning of 2003. After SARS, the penetration rate of insurance in the Chinese market has increased significantly.

The SARS epidemic also directly stimulated the e-commerce industry that will change the economic structure in the future. In May 2003, Alibaba's C2C trading website Taobao was launched. In October, Alipay, a third-party payment platform that solves the problem of trust in online transactions, was launched. By the end of 2003, Taobao's transaction value had reached 40 million yuan.

In fact, this proves a "truth" in the buyer's market economy: to create demand for consumers.

In 2003, the director of the Chinese Academy of Traditional Chinese Medicine claimed that Banlangen was effective in the treatment of SARS. Thereafter, Banlangen was killed in the first battle. By 2009, and the bird flu in 2013, Banlangen was promoted as the "God of all diseases" medicine". There are even rumors that it is possible to treat Ebola virus with extremely high lethality.

Back to the automotive industry, although the offline channel for car sales will be very difficult due to the epidemic, this may also be a turning point that breaks the continued downward trend of the Chinese auto market.

Now in "isolation" and looking at the crowded subway, it is no less dangerous than the battlefield of World War II.

"Buy a car" will be late, but not absent.

Looking at it further, there are also many new opportunities in 2020 compared to 2003. Today auto e-commerce is in the ascendant, and the online direct purchase model represented by Tesla has just begun. The distance between the "outbreaks" creates security. The indifferent Internet world that everyone can't meet has become the most secure soil.

Therefore, the emergence of the "epidemic" may stimulate the development of these two new car buying models and become a catalyst. This is a better way to promote a red envelope than Didi Kuaidi. Maybe after this epidemic, there may be a vicious role like "Taobao" in auto e-commerce.

So for the automotive industry, this pain may be temporary, and may even have a certain promoting effect on the consumer buying trend in 2020.

In addition, this new type of coronavirus has also caught up with the era of unprecedented development of mobile Internet and social media. Compared with 2003, which can only be watched on TV, social media has become the main force for spreading and reporting on the "outbreak" . The speed of TV stations has been left behind by WeChat. This "outbreak" will also accelerate the differentiation and decline of traditional media and even television stations.

Therefore, before the epidemic dissipates, the online marketing of auto companies and the auto e-commerce strategy may be a good trend. Even a preview for the future.

In general, we have read too much pessimistic arguments, and these adversities are all within our reach and need not be repeated. However, from the perspective of creating demand, it is not impossible that the "Wuhan epidemic" has smashed a golden pit for the automotive industry.

Previous post: This early spring car industry is a bit cold but their hearts are hot
Next: In what ways did car paints help themselves under the epidemic?