Source: China Automotive News Network | 2020-02-04 07:55:50
Because this sudden epidemic made the days of major car companies in the "cold winter" even more sad. Despite their own difficulties, many car companies donated their love and donated their cars to help Wuhan. Their great love deserves to be respected and remembered.

However, this sudden epidemic made the days of major car companies in the "cold winter" even more sad. Despite their own difficulties, many car companies donated their love and donated their cars to help Wuhan. Their great love deserves to be respected and remembered.

01. Facing the epidemic, car companies are charging ahead

Although many car companies have not had a good time in the past year, sales have declined, and they are even facing the problem of layoffs and closures. Data from the China Automobile Association shows that the cumulative sales of the domestic passenger car market in 2019 was 21.444 million units, a year-on-year decrease of 9.6%, and many car companies failed to meet the 2019 sales target. 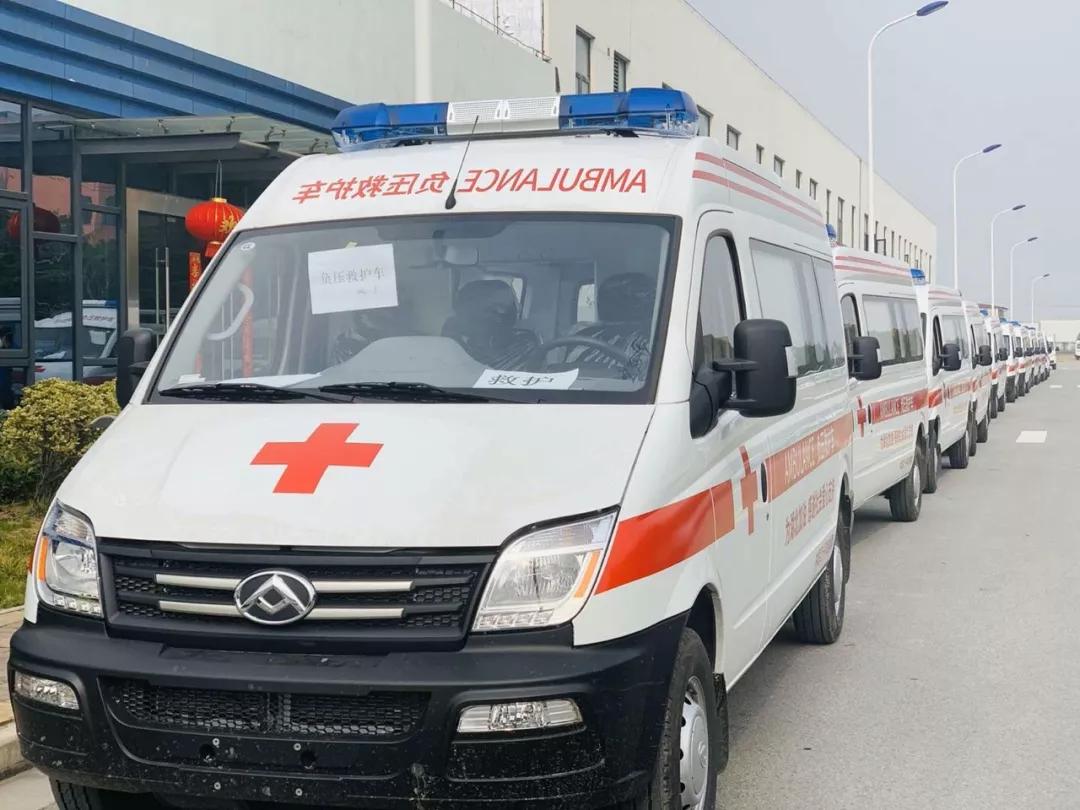 However, after the outbreak, donations were still enthusiastically. As of February 2, the total amount of donations from companies in the automotive industry has exceeded 1 billion yuan. And many car companies are not as simple as donating some money, such as Jiangling, SAIC Chase and other commercial vehicle car companies to work overtime during the Spring Festival holiday, and make negative pressure ambulances to support Wuhan.

Volvo Cars donated the first batch of 1 million yuan to support the pathogenesis of new coronavirus, clinical treatment research, vaccine research and development and related drug development in Shanghai Public Health Clinical Center. In addition, many car companies use their own resources to purchase medical supplies such as masks, protective clothing, and dedication.

According to statistics from the “Automobile Talk”, more than 80 auto-related companies including FAW, Dongfeng, Changan, SAIC, BAIC, Toyota, Hyundai, Geely, and Great Wall have contributed their love to the epidemic.

At the same time, in the current situation, the auto industry itself is also facing a dilemma and urgently needs to save itself, especially the dealers will face greater pressure in February. Volvo Car announced on February 2nd that in order to reduce the pressure on dealers from sudden outbreaks, relax performance evaluation, and set no sales target for February, while providing dealership staff with a total of more than 10 million yuan. Staff subsidies.

Dongfeng Yueda Kia initiated the resumption of the resale of its dealers until February 10, increased the preferential rewards for its star models, and made corresponding adjustments to the business policies of the first quarter to deal with the difficulties at the time with the dealers.

I believe that as more car companies resume work, there will be more policies to benefit dealers. This early spring automobile industry is a bit cold, but their hearts are hot! However, in the face of shrinking consumer demand, what we have to think about now is how the automotive industry can move forward in 2020 to overcome difficult situations.

The curtain of cars entering ordinary families was opened from China's accession to the WTO in 2001. This has also started the period of rapid development of the Chinese automobile industry, especially the SARS outbreak in 2003, which accelerated the entry of cars into families. SARS only has the concept of online car purchase. The concept of auto e-commerce is actually earlier than IT.

In 2003, China's auto output was 4.44 million, surpassing South Korea and ranked sixth in the world; in 2008, car output was 9.35 million, rising to second in the world, behind Japan; in 2009, China's auto output exceeded 10 million for the first time. , Surpassing the United States to become the world's largest automotive market. Five years later, 2013 sales exceeded 20 million units, and when many industry professionals enjoyed 30 million units, the dream came to an abrupt halt.

After years of rapid development in the automotive industry, it is time to stop and sum up. It turned out that there have always been needs and challenges, allowing car companies to think hard about strategic layout, creative marketing, how to win with competing products, and so on.

In the next two months, consumer demand will be suppressed. It may be the best time to sum up experience, and it is also a good time for tired autobots to stop and think. Many senior executives of auto companies that are known by "Qiqipatan" do not take rest during various holidays and will go to the front line for investigation. It can be said that they are very diligent. But this time, it really has to stop.

2020 is a very crucial year for car companies. For example, Dongfeng Yueda Kia, Beijing Hyundai, and Changan Ford bottomed out and confirmed the upward trend. All efforts will be made in 2020.

After subsidizing the decline, new car-building forces will also face a crucial battle with traditional car companies this year, which is about survival. The accelerated layout of 5G will also allow auto companies in the transition period to think about the future development direction and so on. There are also self-owned brands and overseas layouts.

Judging from the development trends in 2019, car companies with technology reserves, research and development capabilities, and innovation capabilities are relatively well off. "Qiqipadan" believes that this trend will continue in 2020, as in the past, relying on SUV models to make quick money will basically not appear.

Next, the “Pinhui Auto” self-media matrix will bring its subordinates “Automobile”, “Dachehui”, “Echehui”, “China Automobile Watch”, “Motor” and “Car Encounter” with major companies Together, car companies face difficulties and rise to the challenge and jointly contribute their own strength to the development of the Chinese automobile industry. Facing the epidemic, we moved forward. Facing the difficulties of our industry, we must join hands and face them actively, and finally we will reach the other side of victory!

Previous post: Automotive supply chain with pneumonia outbreak risk
Next post: Will there be a "ruthless role" in the auto market after the epidemic?