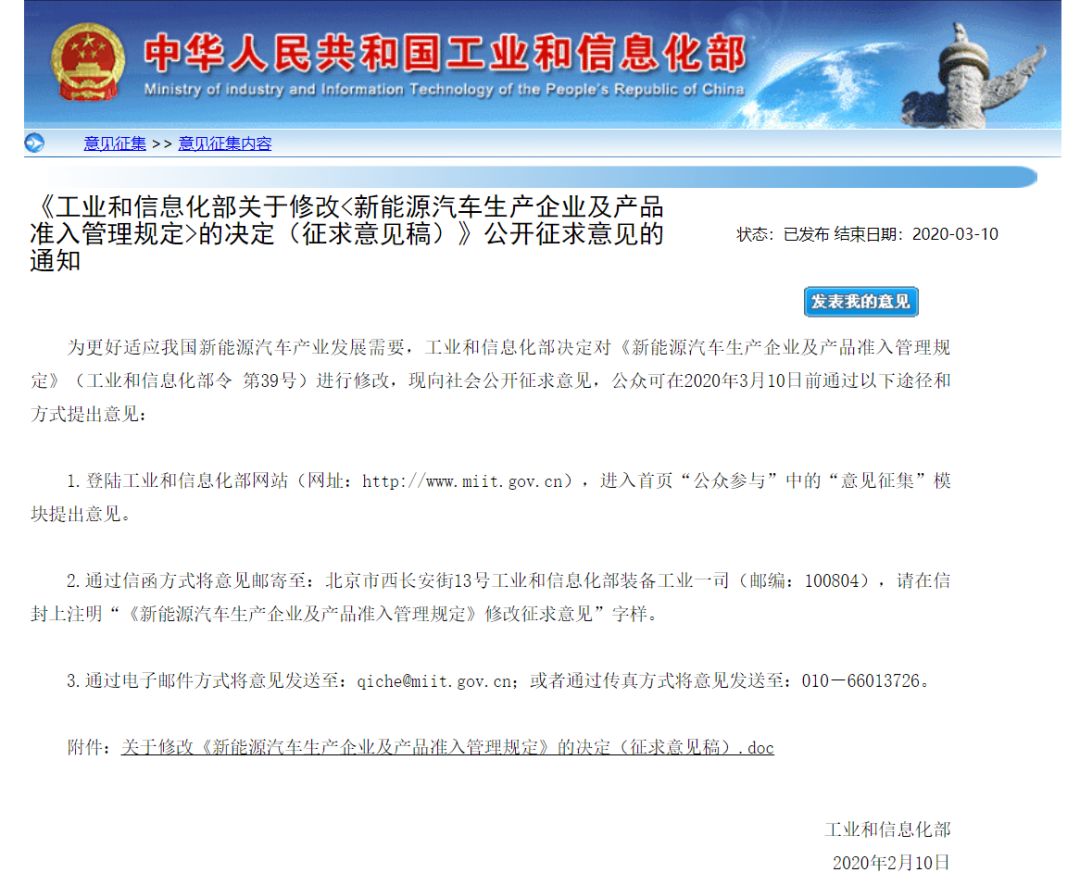 What positive signals did the Ministry of Industry and Information Technology's "Draft for Comment" reveal?